Does Your Book Live Up to the Hook? by Victoria Chatham

Our Round Robin topic for May asks: Has so much emphasis been placed by other writers advice, publishers, reviewers, etc. on authors to have a spectacular opening page/1st chapter that the rest of the story sometimes gets left behind? What are your thoughts and experiences with this?

I found this question to be an interesting premise. As a new author, now an unbelievable twenty years ago, it was almost pounded into me that I had to have that opening hook if I was ever going to catch an agent or editor’s eye. Back then I didn’t have a clue what a hook was. To a certain extent, I still don’t. What might catch my attention and pique my interest may be totally different for someone else.

This theory is proved every time I read Ray Rhamey’s Flog a Pro blog on the Writer Unboxed site. If you are not familiar with WU or Ray Rhamey, take a look here at http://tinyurl.com/m4hh2u3. I am often caught out by what I find appealing and worth reading, only to have Ray flog it and then in the very next blog it will be vice versa. Equate the hook, if you will, to how long is a piece of string? The answer to that is infinite and variable, depending upon its purpose or your interest in it.

Good advice from a tutor in one of my early writing classes was to just write the damn book. As she explained, the first draft is all about getting the story out of your head and onto the page in all its messy, sometimes illogical, glory. Anything can be fixed later and, as Nora Roberts says, you cannot edit an empty page. Every writer has their own process, but getting hung up on that first line or chapter can waste so much time. For some authors, it is such a debilitating hang-up they never get their book written.

I cannot remember the name of the author who advised starting and finishing every page with a hook. 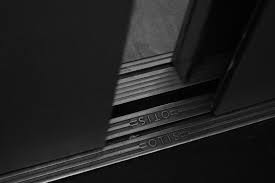 I’m not sure that I agree with that, but I do try to honour the promise of those first few lines and begin and end each chapter by continuing that promise. It’s all about intriguing your reader enough that they want to keep turning the pages and if you can offer a reason for them to do that, they will. It may be a line of dialogue, or a character’s thought or suspicion, or even setting a potentially spooky scene which I have heard referred to as the empty elevator scene. The doors open. No one is in the elevator. The character hesitates. Why? What has raised his or her suspicions?

Satisfying a reader’s curiosity and expectations is what we, as writers strive for. Promising something with a brilliant opening and then failing on that promise is simply cheating that reader.

I’m sure others have plenty to say on this subject, so please visit these fine authors to see if you share their views.

Posted by Victoria Chatham at 1:30 AM 12 comments:

I am thoroughly enjoying the Canadian Historical Brides series published by Books We Love. There is one book for each province and two of the territories. If you enjoy historical romance, you will enjoy all of A.M. Westerling's books. As she says, ""From vikings to viscounts, join the adventure, live the romance." 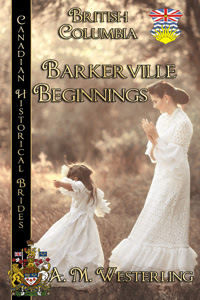 Faced with financial ruin and the loss of her good name, Rose Chadwick decides to make a new start for herself and her young daughter Hannah in the rough and tumble gold rush town of Barkerville, British Columbia. However, making a new life is not so easy when it’s built on lies. And, long suppressed emotions within her are stirred when she meets a handsome young Englishman.

Viscount Harrison St. John knows he’s expected to marry well to bolster his family fortunes. Instead, he leaves England to pursue riches in the gold fields of a frontier town in the far off wilds of Canada. Soured on love because of a betrayal by his former fiancé, Harrison resists the attraction he has for Rose. Particularly considering she appears to be a happily married woman with a daughter of her own.

Will dark secrets from Rose’s past keep them apart? Or will they find love, happiness and a new life together in the bustling town of Barkerville?

If your taste in romance harks back to the age of Vikings, I can promise this next title won't disappoint. 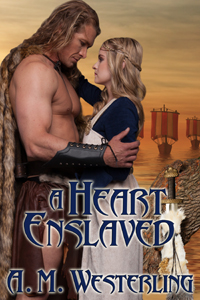 Banished from his homeland for a crime he didn’t commit, Thorvald Stronghawk knows selling the Frisian beauty he’s captured will bring him the blood money needed to regain his good name. When the man who accused Thorvald of the crime is the one buying Gisela, Thorvald must decide what he wants more: To recover his reputation among his fellow countrymen, or tame the woman who has vowed to hate him forever for destroying her home and family.
Gisela of Falkenstead realizes the handsome, self assured Viking views her as nothing more than chattel to be bought and sold rather than a woman with a life and mind of her own. Although her head tells her to escape the man she thinks is nothing more than a savage murderer, her heart has other ideas.


Will Gisela find a way to flee? Or will she find love and happiness in Thorvald’s arms?

And now for a Regency era tale with bags of adventure and romance. 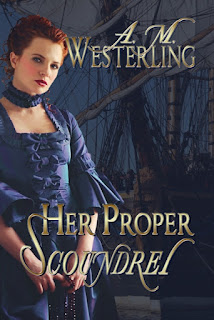 Threatened with an unwanted marriage, Lady Josceline Woodsby escapes London to take a position as a country governess. When she discovers the job is no longer available, Josceline vows she will do anything to avoid returning to her previously dismal life - even if it means coercing the ruthless Captain Sharrington into providing her with employment.
Spurned by a father he never knew and sent off to sea at a very young age, Christopher Sharrington leaves a promising naval career determined to make his own mark on society as owner of a shipping enterprise. The only problem is, hiring the alluring Lady Woodsby as governess for children he doesn’t even have, is definitely not part of his future plans.
Josceline soon realizes Christopher is under the mistaken impression her social connections will help him attain his dream. Will he cast her out when he determines she is more a hindrance than a help? And what of the devastating secret he harbors? Will it destroy any chance they have of building a future together?
Disgraced duchess Lady Josceline Woodsby ends up in the employ of the ruthless Captain Christopher Sharrington as a sham governess. Marriage to Josceline may give Christopher the social acceptance he craves but his devastating secret could destroy their chances of finding happiness together.
Learn more about A.M. Westerling at these links: