Family Experiences in My Writing 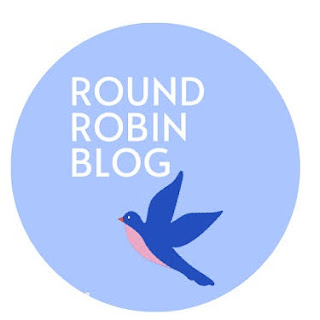 This month - the last of 2021 and let's hope they all improve by leaps and bounds in 2022 - Rhobin asked: How do your family experiences translate into writing scenes?

I had to think about this topic as nothing immediately sprang to mind. What were my family experiences? After thinking long and hard, one word came to mind – movement. Nothing is static, but my family always seemed to be on the move in one way or another. Post-WWII uncles and aunts in the forces were still coming and going. Some were gone altogether, having lost their lives in that conflict.

My father, a career soldier, was demobbed but couldn’t settle in civvy street and joined the army again. Dad was posted from one Territorial Army unit to the next, and we moved every year from one married quarters address to the next. Ironically his title was Permanent Gunnery Staff Sarjeant Major to Territorial Units. Although the title was permanent, there was nothing permanent about our family life.

When Dad finally left the Armed Forces, we moved again to the job he took post-army. I moved on as soon as I could to work with horses. The next move was to my parents-in-law’s home, then into our first apartment, followed by another apartment when my then-husband took a new job. Our next move was into a new house where we stayed put for a few years. Unfortunately, that situation changed after separation and divorce. New home, here we come. We landed up in a charming but chilly 300-year old country house which was my favourite house of anywhere I have ever lived. After that came another not as old house, but a mere stripling at 100-years old.

The next move was a big one. I left England and arrived in Canada in 1990 but homes were never permanent even here. What started as a reasonably comfortable apartment in one building became inconvenient with job changes, making a move across town the sensible thing to do. Since I’ve lived in Canada, I’ve had eight moves. I never, ever imagined I’d become something of an expert in packing and moving. This movement appears in all the books I’ve written.

Lord and Lady Buxton from the Buxton Chronicles travel from England to California in Books 1 and 2. In Book 3 of the trilogy, Lord Buxton leaves England to fight for King and Country during WWI with all the movement that entailed.

In Book 1 of the Berkeley Square books, my first Regency series, Emmaline Devereaux has been in Spain during the Peninsular Wars, and after returning home and marrying Lord Lucius Clifton, is kidnapped and taken to France. In Book 2, Lady Juliana Beamish is on her way to India when her ship is attacked by pirates. She finds herself alone on the ocean and rescued by a captain who is on course for Jamaica. Book 3 in the series finds Lady Olivia Darnley abandoned by her mother, ultimately leaving London for the refuge of her family estate in Lincolnshire.

My contemporary Western romances have leading characters who move from one place to another. In Loving That Cowboy, Trisha Watts leaves her home in England for a vacation in Calgary during Stampede. Then, in Legacy of Love, Callie Wade moves from Vancouver to Southern Alberta. In my Canadian Historical Brides book, Brides of Banff Springs set in 1935, young Tilly McCormack makes her way from her home near Medicine Hat to Banff to work at the famous Banff Springs Hotel. In Envy the Wind, another title in the Canadian Historical Brides series and on which I collaborated with author Anita Davison, Grace MacKinnon escapes from a life of drudgery in Edwardian England and makes a life for herself in Prince Edward Island.

For my second Regency series, Those Regency Belles, Hester Dymock in Book 1 moves only a few miles from her small but comfortable home and faces much more of a journey than that. Book 2 sees Charlotte Gray having to move for her safety, and in Book 3, currently in progress, my heroine moves from her family home to that of the man she marries. That her husband has served in King George III’s Royal Navy and tells her tales of his travels makes this something of An Arabian Nights tale.

Other family experiences, which may be more family traits, are that my characters are for the most part kind, honest people. I hope those factors make them stand out a little more.

I wish you everything you wish for yourselves for this holiday season but before you go, please check out my fellow bloggers here for what family experiences they use for inspiration:

Posted by Victoria Chatham at 12:30 AM 5 comments: