A Short Story for Christmas

To round out 2019, Rhobin asked us to write a short story, flash fiction, or present an excerpt from one of our books.

Christmas gets a mention in only one of my books, a very small mention at that, so I wrote this story. It's as short as it was meant to be, so I hope you'll grab a cup of coffee or glass of wine, curl up in a warm, cozy spot and enjoy Porter Collier's Christmas Angel.

Now visit these authors and enjoy their Christmas stories.

How awesome is this: Books We Love has a table at Gulf Canada Square's Downtown Christmas Market.

I hope you can come along and join in the festivities and perhaps buy a book or two! Calgary authors Jude Pittman, A.M. Westerling, Nancy M. Bell, and I will be on hand to talk about our books. I look forward to seeing you there on Tuesday, December 10th. 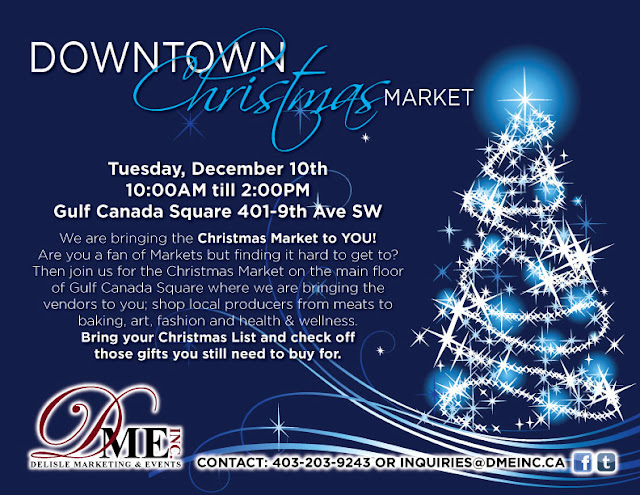 Posted by Victoria Chatham at 3:34 PM No comments:

I missed October's topic because I was away on vacation in the UK. Now, I'm a bit behind posting my November 23rd Topic: What is the oddest character you have ever dreamed up, and how did they fit into a story?

Out of all my characters I think the oddest had to be John Woo, a Chinese doctor in my novella Cold Gold. The story is set in fictional Cold Creek, northern California in 1907. In my research on gold mining, I found that many Chinese men were drafted in to work the mines. That could be a book on its own, but I chose to stick with not much more than a nod to that. Much to my surprise, I had more comments about John Woo than my leading characters, Lord Randolph and Lady Serena Buxton.

Lord Randolph goes to investigate what is going on in the gold mine in which he has a large interest. Naturally, he falls foul of the villain of the piece and is hit over the head and left for dead in a tapped-out mine.
However, his head is harder than Douglas King ever expected and when Randolph comes round, he is literally in the dark. It is not long before he hears footsteps and John Woo comes shuffling into sight, his way lit by a lantern. Relieved at being found, Randolph promptly passes out. Here is an excerpt:

“Keep still, Mr. Randolph. Head hurt more if I not treat properly.” Randolph sat on the edge of a rough-hewn timber cot. He gritted his teeth while the old Chinaman washed then treated his wound with a foul-smelling ointment

“This good stuff. Stink make it work better.” The Chinaman placed a dressing over the wound before winding a bandage carefully around Randolph’s head. When he finished, he wiped his hands on a cloth and picked up the lantern.

“I’ll take your word for it, John Woo.” Randolph wrinkled his nose at the noxious mixture.

John Woo held the lantern close to Randolph’s face and peered into his eyes. “How many finger?” he asked, holding up his hand.

“Hm. Good. Now stick out tongue.” Randolph did as he was told and John Woo scraped a curved gold tool across it. He held the tool close to the lantern so he could inspect the filmy white results he collected. “That good, much better. You nearly well, Mr. Randolph. One, two more days maybe, then you go.”

Randolph thanked him. If not for John’s care, he would probably still be very much the worse for wear, if not dead. “So what’s going on outside, John? Have the sheriff and King given up looking for me?”

“I think so. Good you here, where no can see. Mr. King, he not worry anyway. You right ‘bout him. Sheriff, him good man. He listen much, say to let him know what you need. It good you decide to be dead.”

Randolph chuckled. “Thanks for keeping Johnson informed, John. Have there been any problems with you coming and going? Anyone ask questions of you at the mine head?”

John Woo grinned a toothless smile. “Me just old Chinky man going to work in mine. When I leave work gang, I say go to feed dragon. They think I go to piss in private place."

Randolph nodded. “One day, John, I’ll be able to thank you properly. Now, what have you brought me to eat today?”

Randolph’s laugh echoed in his chest. “It’s almost worth getting hit on the head for this.” He opened the basket that John Woo handed him and sniffed the still warm food appreciatively. “Your wife makes the best steamed rice and sticky buns, John.”

John collected up the empty basket from the previous day and the bucket of night waste. He put another bucket down in its place. “If you light lantern, listen well first before strike match,” he warned before he left the room.

“I will,” Randolph promised.

The light from John Woo’s lantern faded until Randolph was in complete and utter darkness again. He continued to sit on the edge of the cot, wondering not for the first time how John Woo had managed to drag it down here. He steadied his breath, calmed his thoughts, fought the fear of being alone in the dark.

Posted by Victoria Chatham at 6:27 AM 12 comments: