Mahrie wrote her first mystery book at age eight and the handwritten copy of Mystery on Tancook Island still exists. Pursuing an education, a husband and kids and a busy career overtook her writing for many years. During that time, she read copiously, studied writing craft and shared her learning in workshops, conferences and courses. She always kept writing, publishing non-fiction, short stories and poetry as Mahrie Glab. She has now come full circle, returning to writing mystery novels, this time with a touch of romance. Her first Caleb Cove Mystery was released in February 2014. Mahrie is a member of Alberta Romance Writers’ Association and a graduate of Calgary’s Citizen’s Police Academy and Private Investigation 101. She lives north of Calgary, Alberta with her hubby and a cat called Kotah. www.mahriegreid.com www.facebook.com/mahriegreid 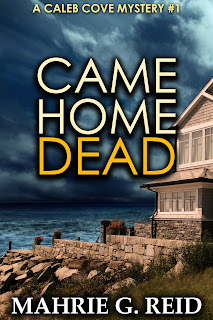 When a corpse surfaces in the aftermath of a hurricane, the storm has only begun for Devon Ritcey. Friends and family in Caleb’s Cove offer up an excess of secrets and suspects. With ex-cop, ex-lover, Greg Cunningham, suspecting everyone, can Devon trust him to help her unravel the tangled truths in time to stop a desperate killer? 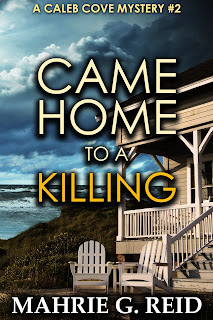 Came Home to a Killing #2

When Kelsey Maxwell learns her life is lie, she's determined to uncover the reason for the deception. She doesn't expect her quest to lead to fraud, murder, and Sam Logan, a security consultant and the only man willing to tell her the truth. And she's not the only one looking for her estranged, biological father. He's made off with key evidence, and the criminals want it back as much as Sam does. Caught in a race for the prize, Kelsey doesn't know if the truth will set her free, or get them all killed. 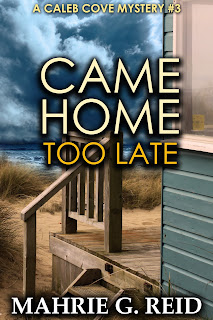 When revenge explodes into violence, both the guilty and the innocent can be caught in the fallout. Growing up on-the-run with her criminal father, Emily Martin knows only two truths; her safety depends on hiding in plain sight, and that the police are not her friends. But when the sins of her father's past catch up with her present, who in Caleb’s Cove can she trust to help her fight for her life. Caleb Cove holds both answers and danger. In a race for the truth, will trust be the obstacle that destroys them all?