Following on from yesterday's post, here is a selection from some of Kymber Morgan's titles. Hope you check them out. 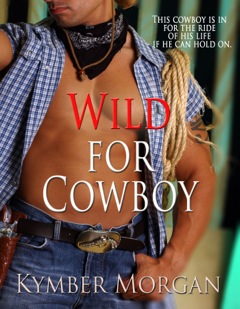 This Cowboy's in for the Ride of His Life. If He Can Hold On.

CHASE DONAVAN, about to lose his ranch, returns to the Calgary Stampede’s famous Rangeland
Derby, the nightly Chuckwagon race that cost him his bride to be and nearly killed him four years ago.

But with no guarantee he'll win the prize money, he hedges his bet and accepts a lucrative contract as a male model - hoping no one finds out.

After he booted her out of his life on the eve of their wedding, JENNA CORDELL left her cowboy and her home behind, only to come full circle at this year's western art show.

When Jenna turns out to be Chase's photographer the re-kindling sparks between them rival the
Stampede’s Centennial fireworks display. But can she afford to open her heart again with his life on the line every race? And can he trust she won’t reveal his secret and turn him into the laughing stock of the rodeo world as pay back for stomping all over her heart in the past?


Is Her Love Real or Just a Myth? 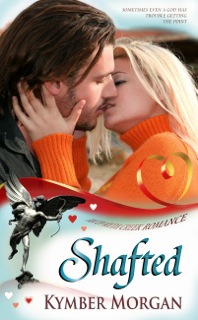 Returning to her summertime home of Mystic Creek, CALLIE JAMISON discovers there’s a lot more involved to her grandmother’s legacy than a few cabins and some land, including a curse. The last thing she needs now is to fall in love.

ANTEROS, dark twin of Eros is responsible for avenging unrequited love, a job that’s been a lot harder since his brother succumbed to ambro-fever and has been running amok shooting all the wrong people – including Anteros.

The clock is ticking, not only on his immortality and Callie’s free will, but their hearts as well. Soon they’ll each have to decide if the overwhelming attraction they feel is the real deal or if they’ve simply been ‘Shafted’ and it’s all a cruel illusion.

Some Wolves Won't Bite Unless You Ask Them To.

Author, SARA GARDENER, orphaned at a young age, knows nothing of her lost heritage: that of the Wulverkynn, a rare breed of female able to mate with a Wulver male and his only hope of salvation.

The film industry’s ‘wolf whisperer’, RYAN SHERIDAN, is only weeks from turning full werewolf and becoming a mindless killer. His only option is to enter into an eternal mating bond neither party wants before moon rise on his thirtieth birthday, or his own family will be forced to put him down.


At the Romantic Times Convention in Atlanta, loneliness and desperation lead to one night of passion that shakes the foundations of both their worlds. Suddenly Sara finds herself in the cross hairs of a secret society bent on Wulver-kind annihilation, while Ryan struggles to keep her safe, both from his people’s ultimate threat and his overwhelming instinct to claim her as his own.

I hope you've enjoyed meeting Kymber and learning about her and her books as much as I have. For more information please check out her Author Links: