My guest this month is Kymber Morgan 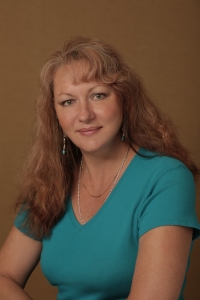 My guest this month is Kymber Morgan, who writes Paranormal, Modern Fantasy and Contemporary Western Romance. Why multiple sub-genres? Because, she says, it's fun and she has a short attention span but don't tell anyone.
I love her answer to Question #1. It made me tear up but I'm glad Kymber started and kept writing. I hope you enjoy meeting her and learning more about her.
QUESTIONS:
1.     When and why did you start writing? What is it about writing that satisfies you the most?
Ten years ago I had a health scare that landed me in the hospital emergency room. Hours of waiting and multiple tests later I found myself admitted. At the time our health care system was strained to a near breaking point, so I was sent to an overcrowded ward where I was parked in a bed against a wall in a hallway leading to a private room. Positioned this way, my roommate and I were facing opposite directions but could glimpse one another from the shoulders up through all the apparatus we were each attached to. It was so tight, the nurses had to move my IV pole in order to wiggle around to attend to hers, and having never been intended to house a sick bed, the wall I was on had no way to hook up a TV or even a light for that matter. They literally called me the ‘wall-flower’. Okay, so you have the scene.

My wonderful husband, the ‘Alpha Muffin’ knows I hate hospitals (a previous unpleasant stay on an unrelated matter), so while they were getting me admitted, he went home and returned with my own fuzzy housecoat and the first couple of books off my ‘to be read’ pile in an attempt to keep me from turning into a raving lunatic. He even remembered to bring me a book light since there was no light in my hallway! Remember this is ten years ago and tablets including the Kindle weren’t ‘a thing’ yet, so we’re talking old school here; you needed light to read at night back then.

Long story short – hey, don’t laugh - I could make this much more drawn out if I wanted to ;-). My roommate Dorothy was a confirmed bachelorette of advanced years who, after having asked what I was reading, had informed me there was no such nonsense as love. There was lust and stupidity but that was about it, and she should know having been around some eighty plus years. Then, over the next five or six days, she saw my husband come to see me no matter how many hours he’d worked or how awful the weather (it was February in Canada and a very stormy year) or how busy he was on the home-front looking after our active tween-aged son with his busy sports calendar while I was out of commission. She saw how he always had a smile on his face and worked hard to cheer not only me up, but her too. She also saw how difficult it was for us to part at the end of every visit and how he ‘would get an eyelash or something in his eye as he left the room.

Then one night she wasn’t able to sleep any better than I was but didn’t want to watch TV, so I read aloud to her for a while. Then she asked how my husband and I met, so I told her the story, which is unique in it’s own way, but that’s tale for another time. I summed up my story by saying how blessed I was to be sharing my life with a wonderful man who was also my best friend and how, without him, I’d be a lesser version of me. She laughed in several places and snorted in others, but by the time I was finished, I realized she was sniffling. I was about to wrangle my IV pole into submission to get out of bed and go over to her when my crusty neighbour’s age-roughened voice came out of the dark. Over the beeps, bings and swooshes’ of all that hospital apparatus between us, she told me that for the first time in her life she believed love really did exist and that I should be writing books like the one we’d been reading from earlier. Now it was my turn to sniffle.

As happens in times of adversity you become close with the people who share it with you, so two weeks later when I was finally able to text ‘start the car!’ to my husband – yes it’s from that furniture store ad, and yes I did run out the front door in my little knit slippers and dove in the car before they changed their mind - as I left our room I hugged my friend, Dorothy, and promised to come back in a few days with a new book and read to her some more. She hugged me back and made me promise to give writing myself a try because if I could make a crusty old broad (her words, not mine) like her believe, I should be sharing with the rest of the deluded masses out there (again, her words, not mine).

I never got the chance to read to Dorothy again. She passed away the next day. But I have gone on to write in the hopes that my words might again touch some soul who is having a hard time believing love is real and quite often think of her standing over my shoulder as I do so. The thought that I may be able to lift someone’s spirits in times of trouble, as mine were by the authors I read in that hospital bed, or ultimately touch someone’s heart enough to have them question their belief that love is a ‘pile of pahooey’ is extremely satisfying for me. Thank you Dorothy.

2.     What was the best writing advice you ever had, and did it work?
“Finish the damn book!” comes to mind, but I think it was something Deirdre Knight once said to me that really resonated. She told me to always stay true to my own personal writer’s voice, and write the stories I want to read regardless of what the current trend is.

3.     Have you had a defining moment in your writing life that changed everything for you?
I’ve had two actually. The first is when I finally dug up the courage to join CaRWA the local Calgary writer’s group under the Romance Writer’s of American banner. Without the five years I spent laughing and learning from the wonderful people there I’d still be trying to figure out what a plot really was. And second, was when I had the pleasure of meeting an author I’m a super fan of – and managed to not make myself look like a dork at the time – who graciously treated me as an equal as she congratulated me on the success I’d just had at a signing we were both involved in. As we walked to the elevator together on aching feet with the muscles in our cheeks stiff from smiling and our fingers cramped from signing our books, we both groaned, then she winked at me and said, “Hey, it’s what we signed up for, right?” Then she spontaneously hugged me and said, “Isn’t it great!” That’s the moment I realized: I AM a writer.

4.     What advice about writing do you wish you had given yourself early in your writing career?
If I had sat down for a coffee with my earlier writing self I’d have stressed how important consistency is. Writing every day, even if it’s only a hundred words at a time is much better than doing a marathon, then settling in for a drought and writing nothing - kind of a tortoise vs. hare thing.

5.     Have you achieved all your career goals? If not, what goals are you still working on?
That’s easy, and a big resounding NO! I’m still working on everything. I believe the minute we stop striving to improve our writing craft or feel we’ve somehow can now put connecting with fans somewhere down the priority list, or we’ve got all the writing community relationships we could ever need, we might as well unplug our computers and drop our pens for good. It’s not a goal IMHO but a journey. One we need to work hard on to keep getting better and better at. And I still have to figure out how to make the whole life balance thing work too, something I think most of us wrestle with on a constant basis.

FUN QUESTIONS:
1.     What is the best or most memorable compliment you ever received?
It was the first time a reader overheard a conversation I was having about a book I’d written, and she said, “Oh my god, I read that book. I loved it!” Whew, still get chills on that one.

2.     What is the most memorable class you’ve ever taken?
James Scott Bell’s ‘Write Your Novel From the Middle”. Not only was the material awesome, he’s a singularly amazing speaker; knowledgeable and entertaining and can bring his audience to the point of tears from laughing so hard.

3.     Are you a glass half full or half empty kind of person? Or is the glass just malformed?
Ha ha, that depends on how fast or lopsided my world is spinning at any given moment, so I supposed I’d have to say malformed.

4.     Which of the four seasons do you like/dislike the most and why?
I’m not a cold weather person, so I used to think it was summer, but over the last few years, I’ve discovered it’s actually autumn. We’re so busy during the summer we never seem to get out camping, which is what my husband and I love to do more than anything, so we go long into the fall. The peace and quiet, changing leaves from weekend to weekend is something I look forward to every year. It’s still warm enough during the day, but cold enough at night that there aren’t as many people out there, so it becomes our own little piece of paradise in some ways. We’ve often found ourselves the only ones in the area. That’s when I love it the most.

2.     Eaten ice cream straight from the carton?
Yes, and with a much bigger spoon than required.

Please join me tomorrow Wednesday, August 16th, and check out some of Kymber's books.
Posted by Victoria Chatham at 2:22 PM